How Much My Life Weighs: On Moving 2,500 Books Across the Country | Read It Forward

In Jason Reitman’s 2009 film Up in the Air, George Clooney’s character Ryan Bingham asks a group of people a metaphorical question: “How much does your life weigh?” Though ordinarily a guy who companies hire to come in and fire off employees, he’s a motivational speaker on the side, so his question is meant to invoke the pressure the things we own put on our lives:

“Imagine for a second that you’re carrying a backpack. I want you to feel the straps on your shoulders. Feel ’em? Now I want you to pack it with all the stuff that you have in your life. You start with the little things. The things on shelves and in drawers, the knickknacks, the collectibles. Feel the weight as that adds up. Then you start adding larger stuff, clothes, tabletop appliances, lamps, linens, your TV.”

To this already impossibly full backpack Bingham asks the audience to “go bigger” and stuff couches and tables and even houses into the bag. “Now try to walk,” he says. “It’s kind of hard, isn’t it? This is what we do to ourselves on a daily basis. We weigh ourselves down until we can’t even move. And make no mistake, moving is living.” 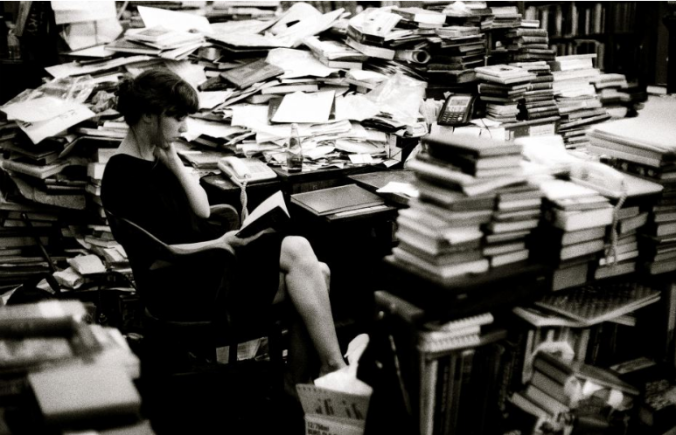 Why Books Are the Best Roommates | Read It Forward

Living with someone is like dancing in that it’s less about particular moves and more about staying in rhythm with your partner. No matter what your skill level, you have to move in some kind of unison with the other person, and while I’ve had my fair share of wonderful roommates, still, everyone I’ve ever lived with—family, friends, girlfriends, doesn’t matter—inevitably has the talk with me. Sometimes it’s introduced casually, like it’s no big deal, while other times it’s a serious, sit-down discussion, a whole thing, but ultimately what they all boil down to is this: “Jonathan, you’ve got to do something about these books.” At this point their eyes scan whatever room we happen to be in (again, doesn’t matter) at all the piles and stacks and bags and shelves of books, variously sized heaps littering the floor like miniature skylines, spilling out onto everything, occupying chairs and tables and counters and cabinets. Then they look back at me, their expression articulating an implied, You know what I’m saying? 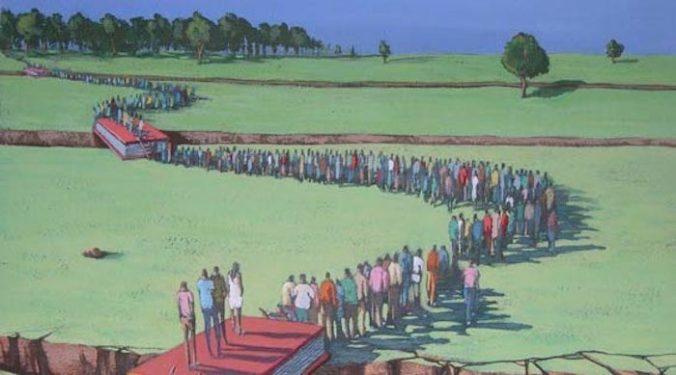 And in 2016 I vow to not only read more books but also make deliberate choices about what I read.

In 2016 I vow to keep learning from Rebecca Solnit and Ta-Nahisi Coates and Kiese Laymon and Jenny Zhang and Saeed Jones and April Ranger and Porochista Khakpour and Madeleine Holden and Ashley Ford and Alana Massey and Roxane Gay and Rachel Syme and Helen Vendler—even though I can never fully learn their lessons, I vow to keep listening, until I get as close to understanding as possible.

I vow to seek out new, as-yet-unheralded writers—women, writers of color, trans writers, writers in translation—and promote as many as possible. But I vow not to do this because I think they need my help, but because I need theirs. (More…)